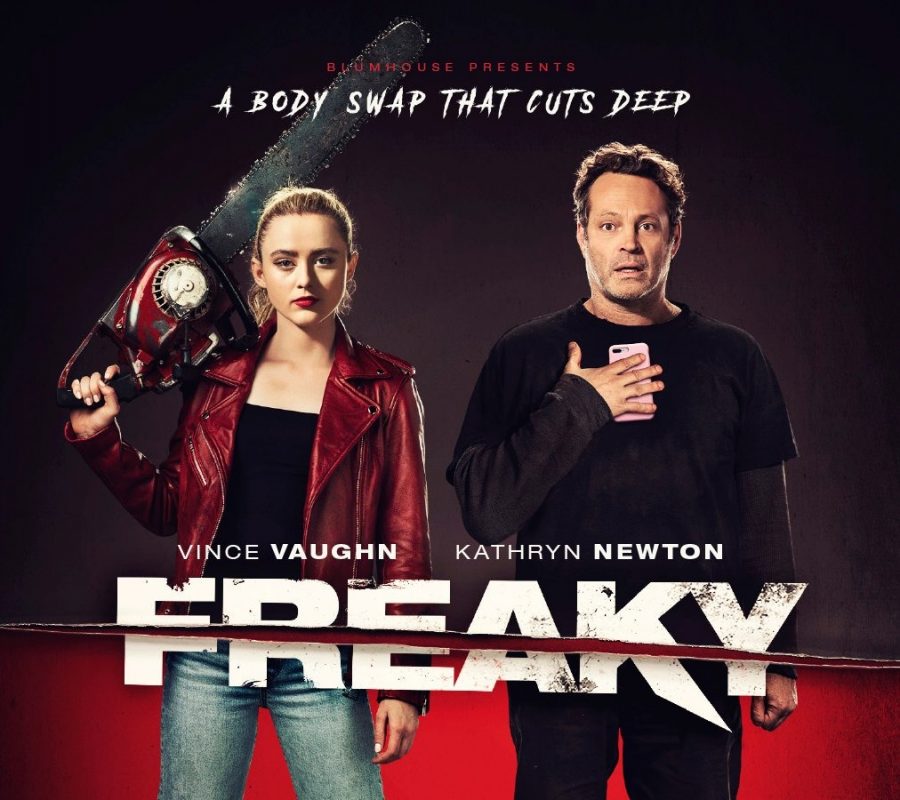 “Freaky” is a new horror/comedy mash up film directed by Christopher Landon, who puts a horror twist on the classic Hollywood body swap concept like from the film “Freaky Friday.” In Landon’s version, a bullied high-school student, Millie, swaps bodies with a serial killer and discovers that if she does not find a way to switch back within 24 hours, she will be stuck in his body forever.

The concept is almost painfully simple. It makes fun of classic slashers and fits in clear references especially in the opening scene. The movie starts with a classic serial killer murder sequence that includes excellent special effects that pop up in kills throughout the movie. After the hook that brings viewers in, the film drags on in the middle and gets boring.

What brings any life to this movie at all is actor Vince Vaughn who has to act like a teenage girl who is trapped in a 6-foot-4 man’s body trying to convince her friends that it is really her and not the murder whose face is posted all over the news. He has great chemistry with all of the characters he interacts with and is what makes this movie worth watching.

That said, the concept for his character, and this movie as a whole is not unique. The point is that it is a slasher twist on a Hollywood cliche, but this was just done in “Jumanji: Welcome to the Jungle” with Jack Black’s character who also swapped bodies with a teenage girl. That movie having come out so recently makes it difficult not to compare the two characters.

Millie is played by actress Kathryn Newton, who does not give a strong performance as either of the characters she has the opportunity to play. Her acting makes it hard to care about any of the family drama happening in her life because she is so unlikeable. In her defense, the dialogue she is given to work with is clunky and has no subtlety.

The other thing that makes Newton’s character so unlikeable is that they cast her as if she wasn’t absolutely gorgeous. Like in so many other films, the casting director hired a beautiful girl who is treated like she is the ugliest person alive until she puts her hair in a ponytail and throws on some makeup and suddenly every student’s jaw drops at the sight of her. It is a trope in movies about teenagers that just needs to end. The world is becoming more body positive and what is considered to be conventionally attractive is changing, so Hollywood should stop reinforcing this “ugly” girl cliche.

The comedy in “Freaky” feels unnatural and out of place in a lot of the movie which leads to a confusing tone. Horror movie directors such as Jordan Peele organically include comedy in their dialogue without taking away from the scary elements. I would like to see the director of this film try a new style in his next film that is not just putting a horror twist on an overdone movie concept.