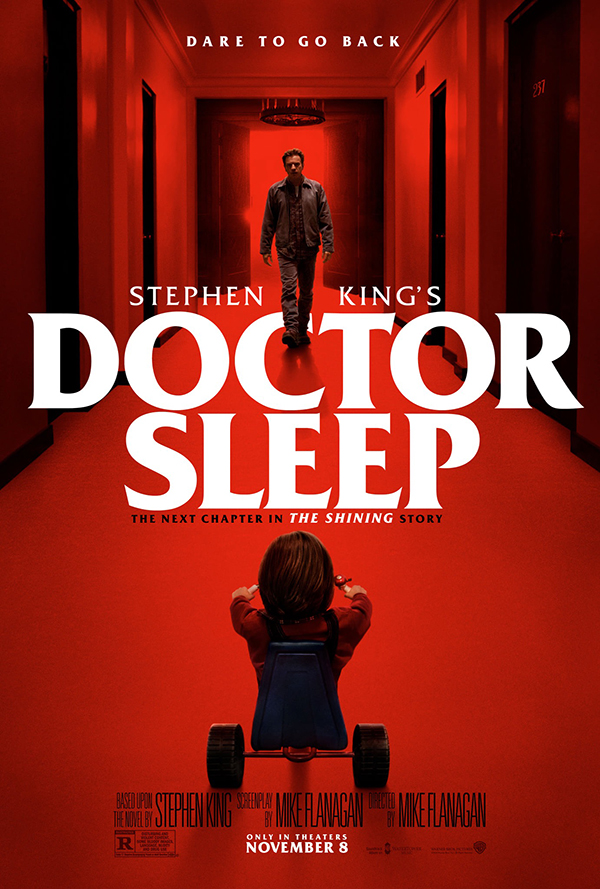 “Doctor Sleep,” based on a Stephen King novel, is the sequel to “The Shining.” Released on No. 8, the new movie was released almost 40 years after the first film. Similar to the books that the movies are based on, the sequel has been less successful than the first film.

“I honestly think making a sequel undermines the brilliance of the first one,’” Gabby Willls (10) said. Everyone thought that [“The Shining”] was amazing and people still do, but now if they go see the sequel, then that’s all they might remember “The Shining” as.”

The film version of “The Shining” is notorious for being very different from the source material, but “Doctor Sleep” follows King’s book more closely.

“It was very much Stanley Kubrick’s vision of ‘The Shining,’” teacher Heather da Silva said. “ It was very much a study in how you should film a horror movie, but the ending was completely different. Kubrick had a really good time making his movie which is why Stephen King, for a long time, didn’t want any part of anybody making his movies.”

Stephen King and  Stanley Kubrick had very different visions of how “The Shining” should appear on screen. And some see “Doctor Sleep” as an attempt at redemption for how different “The Shining” was from one King’s best-seller.

“I’m a big fan of movies that go back to the original material and cling to it like a barnacle on the hole of a boat as the basis of their movie,” da Silva said.

Some of the actors and actresses in “Doctor Sleep” play the characters that were portrayed in “The Shining” by different people.

“I think [fans of the first movie] would definitely be upset because the actors might not be able to portray them as accurately,” Wills said. “They didn’t go through the experience of filming the first one, so that might show. The film might also be better that way because they’re bringing something new to the table.”

“Doctor Sleep” follows the young boy, Danny, as he gets older and discovers something trying to hurt people who shine like he does. Director Mike Flanagan makes sure he uses  Danny’s return to the Overlook hotel to mirror some of the famous shots from “The Shining.”

“You can appreciate the artistry of the way [Doctor Sleep] is filmed instead of just focusing on the content,” Riley Harper (10) said. “You can also appreciate the director and how he made the shots and camera angles really interesting,”

“Doctor Sleep” also brings back some of the ghosts that made such a strong impression when “The Shining” was  released in 1980.

“My favorite part of ‘The Shining’ was the naked lady in the bathtub,” Harper said.

The woman in Room 237 of the Overlook hotel is one of many iconic ghosts from that  movie along with the twins in the hallway and others.

“[The woman in room 237] is just really unexpected,” Wills said. “That’s like the pinnacle of all horror movies: something unexpected. I mean how could it not be.”