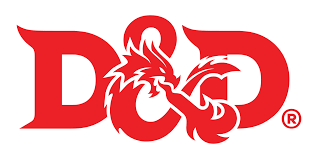 Dice roll and imagination runs wild in the new Dungeons and Dragons club on campus, which had an attendance of about 50 students for its first meeting on Sept. 12.

“We decided we needed to split it into middle school and high school after that first meeting,” club co-founder Emma M. (8) said. “So we went to [social studies teacher [Chloe] Radd, who was down to sponsor the middle-school kids. The first meeting was definitely overwhelming, but it worked out. I guess it was just crazy to see so many people interested in something we thought would be a really small, personal club. It’s kind of awesome, honestly.”

Not everyone was as surprised with the turnout, however.

“[The students] were shocked,” high-school club sponsor Kirk Murphy said. “I wasn’t surprised in the least. They kept telling me that nobody would show up, but I was pretty sure a lot would come. D&D is definitely a nerdy thing, so I was sure there would be appeal for kids here.”

Club members credit the attendance to a recent rise in popularity of Dungeons and Dragons.

“More people are finding out about it now than they have before,” Emma said. “I think it has something to do with [the Fifth Edition], and ‘Stranger Things,’ and even stuff like this [podcast], The Adventure Zone, which has gotten really popular recently.”

The appeal to Dungeons and Dragons is simple according to club members.

“It’s a role playing game, so I really like the idea of being someone else and doing things like fighting and casting spells and stuff, things you really can’t do in real life,” Emma said. “I like that it’s interactive, so you get to tell a story along with your friends, and it’s really in your hands what happens.”

A club founder said he had the idea for the club out of passion for the game and a desire to spread it.

“I started really getting into [Dungeons and Dragons] late summer, and so I was interested in getting people from school together,” club co-founder Matthew Krininger (9) said. “I thought it would be a good way to bring people who don’t really know each other together so they can just play and have fun, kind of take the stress off of the day.”