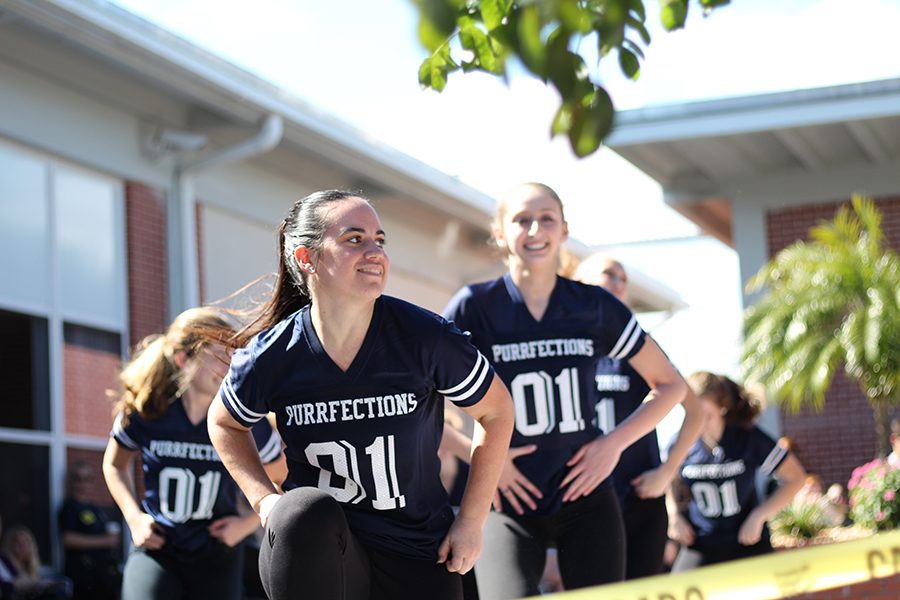 The Purrfections dance team performs a hip-hop routine at the Blue Ribbon Celebration on Friday.

While the school sets the standard for academics, the school’s dance team is setting the stage for school spirit.

“It was really our first performance as a team,” varsity dancer Elizabeth Beattie said.

They had been perfecting the routine since August and had experienced communication issues prior to their performance, according to Coach April Shaw.

“We were originally told the event would be in the gym so we had planned on performing one of our competition routines,” Shaw said. “We are limited in what type of routine we can perform outside on concrete.”

Shaw said she was pleased with the results.

“They performed great,” Shaw said. “It was me messing up the music … some of them couldn’t hear it start the first time, then I messed up starting it the second time, [and the] third time was a charm. It’s always more difficult dancing on concrete but they did a great job.”

“It’s nice to be able to take a day off and ‘pat ourselves on the back’ and recognize it,” Beattie said. “I’m very proud to be at a school who received this award, especially one this high.”