‘Crying in H Mart’ gripping story of love despite loss 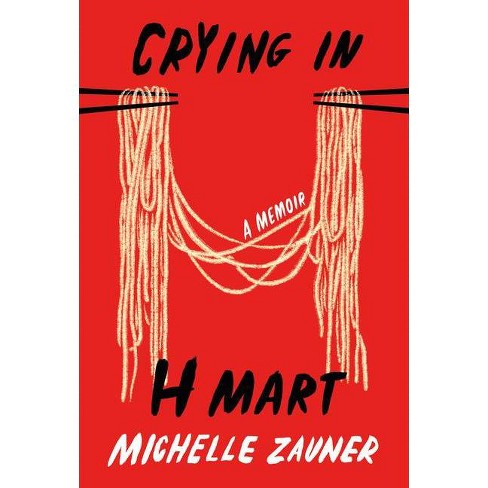 “On the dark edge of emerging consciousness, I could already tell she was mine. In fact, she was both of my first words: first ‘oma’, then ‘mom’. I called to her in two languages. Even then I must have known that no one would ever love me as much as she would.”

After dozens of rave reviews and recommendations filled my social media feeds, all recommending a new memoir by some woman I had never heard of, I decided to finally take the plunge, and put the audiobook on hold at my local library. 20 weeks later, it was ready, and I embarked on a journey I was fully prepared to be disappointed by. What I was met with instead was a contemplative, emotional journey which fills a space sorely needed in the literary world.

“Crying in H Mart”, a memoir Michelle Zauner, singer/songwriter of indie rock band Japanese Breakfast, is a gut wrenching exploration of grief and identity, and of making a path for yourself once you finally realize no one can do it for you.

Telling the story of Zauner’s life, it centers around her mother’s death to pancreatic cancer in 2016, when Zauner was 25. With a heavy focus on her mixed race family and cultural identity, Korean culture and food take center stage. Told through the lens of keystone experiences, Zuner bares her soul to the reader with wild abandon. She tells stories with the confidence of someone who needs no one’s opinion but her own. Zauner details her life from biannual trips to Korea, to turbulent teenage years, to an adulthood which demands she grow up, quickly.

The story of her mother, a strict but deeply loving woman, is told with both a tenderness and bitter irony. As Zauner’s life plays out, she writes with constant frustration of her mother and their teenage spats, which slowly shifts to a deep mourning as her health gives way to illness. Regardless of the reader’s firsthand experience with losing a parent, there is an endless well of relatability in her words.

I listened to this book through audio form, and I cannot promote this experience enough. Zauner’s intonation and reading gives a whole new layer of depth to her experience. As she recounts the stories of her formative years and into her early adulthood, she weaves connections that may easily be missed as a traditional novel. Listening to the grief in her voice as she recounts her story, reading the book that she penned in order to move on from mourning, is a rich and personal experience.

Zauner does not pull punches at any point of her story. Every chapter adds a new layer of depth until what is left is a beautiful story woven with only words, and only memory. A continuing theme of the story is how much of both Zauner and her mother’s lives were lost when her mother passed – having only been committed to memory and kept close to her chest. As such, it feels the perfect memorial to leave this novel behind – the most complete of eulogies, immortalizing her mother’s memory, a personal journey left on display to be shared with the world.