Chorus prepares for field trip out of the blue 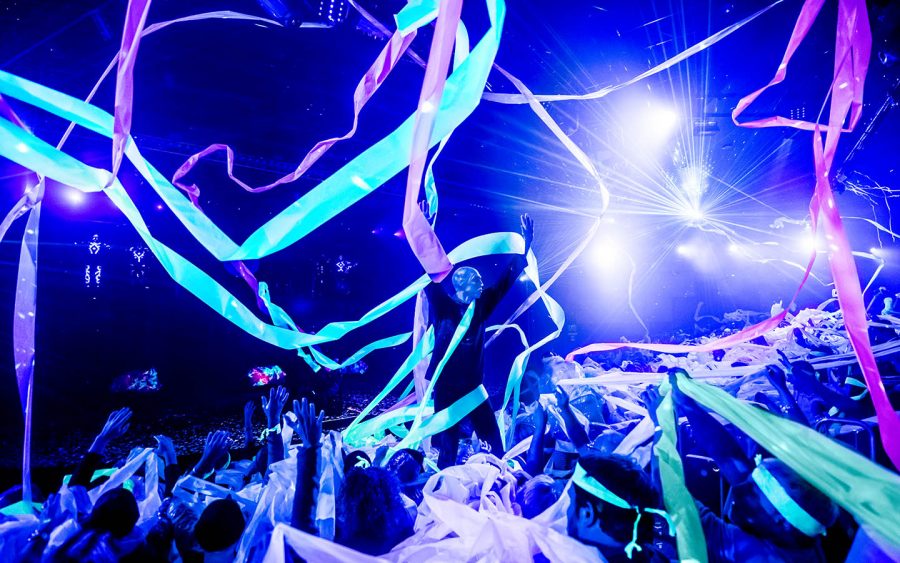 For their annual field trip, chorus teacher Amy Davis has decided to surprise her students with a trip to go see the Blue Man Group in City Walk at Universal Studios, Orlando, a trip that chorus has never before has done.

Every year, chorus is rewarded with a field trip, usually to Orlando, so that its members can both relax and have fun while learning key information about music and musical technique. In the past, members of chorus have usually gone to Disney Springs, but not this time. Davis plans for the field trip to take place on Feb. 20. All members of chorus are welcome to attend, and the cost is $22. A charter bus will arrive at 8:30 a.m., and students will return to school at 5 p.m.

According to Davis, the trip was able to happen due to a combination of fund-raising and the required student cost to go.

“We asked PTA to help with transportation and cost a little bit,” Davis said. “Between their help and the kids paying, we were able to go on the trip.  Another big reason we were able to go is because of the big fund-raiser at the beginning of the year for Yankee Candle. It sort of sustained us for the payoff.”

“The show is really fantastic,” Davis said. “It’s a combination of a comedy, theatre, music and just everything. It’s something to really engage students in wanting to have more participation in music, so this is a neat way to pull some kids in. We make it back to school at around five-ish, so it’s a really nice trip since the kids who have games can still make it. I’m excited, and I think it’s funny that our spring chorus concert theme is “Disney,” but we’re going to Universal. I’m looking forward to seeing how the students react. Getting to go on a trip like this outside of school and interacting with my students will give our chorus stronger connections.”

Davis isn’t the only one who’s looking forward to the trip. Ava Haroulakis (9) has been in chorus for three years, and having already seen the show, she “could not be more excited.”

“There’s a song near the end of the show that I’ve been thinking about every day since I last saw the Blue Man Group,” Haroulakis said. “It’s so funny to me, and it amazes me how it gets the crowd on their feet and dancing crazily. I’m super-excited to watch it again because the last time I saw them I had a spectacular time. They use some really cool techniques and tricks that really just tie the concert together. The show teaches you how if you really want to spend your life doing the thing you love, you can turn it into a career. It also shows valuable aspects of cooperation, so I think that something can be learned from this field trip.”

Besides being excited for the trip, Haroulakis also thinks the experience will bring the members of the chorus even closer, much like Davis thinks.

“I really love my chorus friends,” Haroulakis said. “I mean, I could literally be sitting in the dirt in the middle of nowhere, but it would be fine as long as I was with my chorus friends. That’s why I’m particularly excited for this trip. Not only am I going to get to see an amazing show, but I get to do it with some of my closest friends. I’m so glad I chose to do chorus in seventh grade. I have some of the best times with the people in this class, and I can tell this trip is gonna be fantastic.”