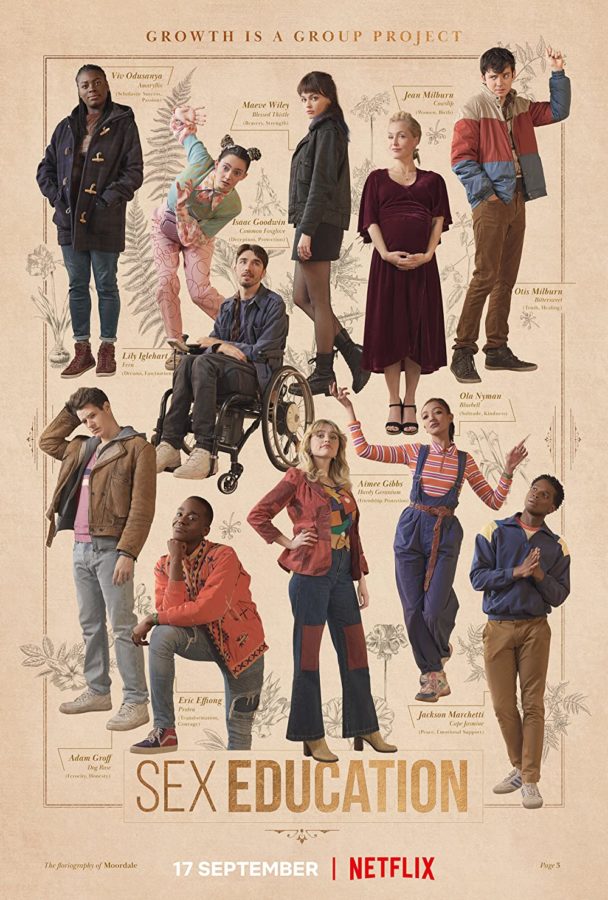 “Sex Education” season 3 hit Netflix Sept. 17, and binging all eight episodes proves as easy as it was for the first two seasons. The engaging cast keeps viewers locked in as the nature of Moordale High changes for the worse under the direction of headmistress, Hope. Romantic tension continues, friendships rise and fall and family ties face challenges.

Season 3 places takes more care developing supporting characters. While the first two seasons relied heavily on Maeve and Otis and their self-managed clinic, in this season the two leading characters remain mostly separated, paving the way for others to share the spotlight. Aimee’s therapy sessions with Jean Milburn show a glimpse into her internal conflict. Jackson’s growing anxiety is further addressed. Adam and Mr. Groff are also given their fair share of individual screen time. The father and son are lost in their own ways, but the show parallels their journey to self-discovery. Most surprisingly is the sudden yet welcomed development of Ruby’s character. The pretentious, rude popular girl is given justified support as her family background unfolds.

At the root of the show is its wholesome nature. Yes, there is plenty of petty drama. But the bulk of the show owes its success to the well-developed characters and their respective story lines. The show addresses self expression within the LGBTQ+ community, without coming off as performative or forced. Newcomer Cal grabs the spotlight when needed, and their personal struggles are respected.

Mental health is at the forefront of the show, as sexual assault, addiction and anxiety continue to be addressed in a delicate manner. Nothing is said or done without thought. Particularly with therapist and mother Jean Milburn, every heartfelt scene seems to have something for the viewer. Whether it be sharing her own struggles or helping others to cope with theirs, there is a sense of community viewers can draw from.

Unfortunately, none of the show’s subplots within the show are resolved by the season finale. As the episodes progress and resolution seems in sight, more issues are thrown into the mix. The characters appear to be back to where they started.

Netflix recently confirmed a fourth installment of the show. One can hope the writers stop generating unnecessary hardship for the characters.