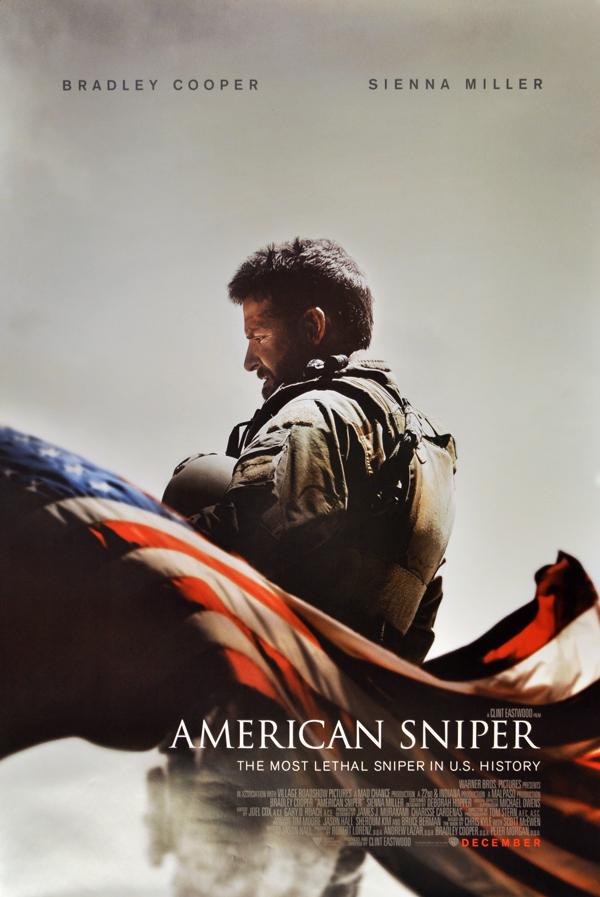 With the  recent release of “American Sniper,” I have felt compelled to consider the question of where the distinction between the glorification of war heroes and the glorification of war itself lies. War heroes are regarded as saviors of their fellow soldiers, and their stories can be all the more powerful when the horrors of war are exposed. Unfortunately, while the film “American Sniper” succeeds in delivering the powerful story of Chris Kyle, a veteran who saved countless lives in the Iraq wars,  it ignores the larger question of why we were there in the first place. There are a number  of discrepancies in how Kyle is presented, and the reading I’ve done on him portrays a different man than the one presented in the film. Due to these discrepancies, I base my judgments purely on how he is shown in the movie.

In a cold open, we witness Kyle (Bradley Cooper) about to pull the trigger on a child throwing a grenade at his squad. Then it cuts to a bang, and we see Kyle as a younger person, hunting with his dad. We get to understand his background in the opening scenes; we see he’s a classic all-American cowboy type who hunts and goes to rodeos. He signs up for the military after the 1998 terrorist attacks on U.S embassies and trains to become a Navy Seal. He meets his future wife, Taya (Sienna Miller), at a bar and the two fall in love. Their romance blossoms and on their wedding day he learns his team will be deployed because of the 9/11 attacks. We find ourselves back where the film began, with a child in his crosshairs.

Cooper deserves to be lauded; his portrayal of Kyle touches on all the subtleties of his character. After watching interviews with Kyle, it’s apparent that Cooper nailed his mannerisms. In this regard, his is a great performance, but there was nothing particularly striking about the character. Kyle is humble, reserved and collected. He doesn’t seem to take a lot of pride in his high-kill count, but rather in the number of lives he believed he saved. Sounds of a drill or loud bangs will immediately distract him and take him out of the moment completely, signaling he is grappling with something that he took back with him from the war.

The film struggles with juggling the presentation of Kyle as a hero and the realities of war. Contrasting legend with reality is one of the main themes of the film, and it’s tough to say that it deals with it successfully. There are attempts to show how Kyle’s time in Iraq influenced his attitudes at home, such as a meeting with his brother as he is about to end his tour, but the moment is never revisited. This is his main dilemma, but it feels strained, dull and repetitive.

The film follows a trite formula of Kyle dealing with drama at home, then going overseas to save more lives. It all feels the same and then the film is over. I felt like I had barely anytime to understand the characters and how they felt. There is little characterization explored when he’s in Iraq; the scenes are thrilling but lacked substance.

Of all the movies nominated for Best Picture this year, “American Sniper” feels like the weakest of the bunch. Its downfall is how shallow, simplistic, and held back everything feels. It was like director Clint Eastwood had so much to say but didn’t know how to say it. I admire the portrait of Kyle for what it is, a standard modern war movie, but I’ve yet to understand the high praise.