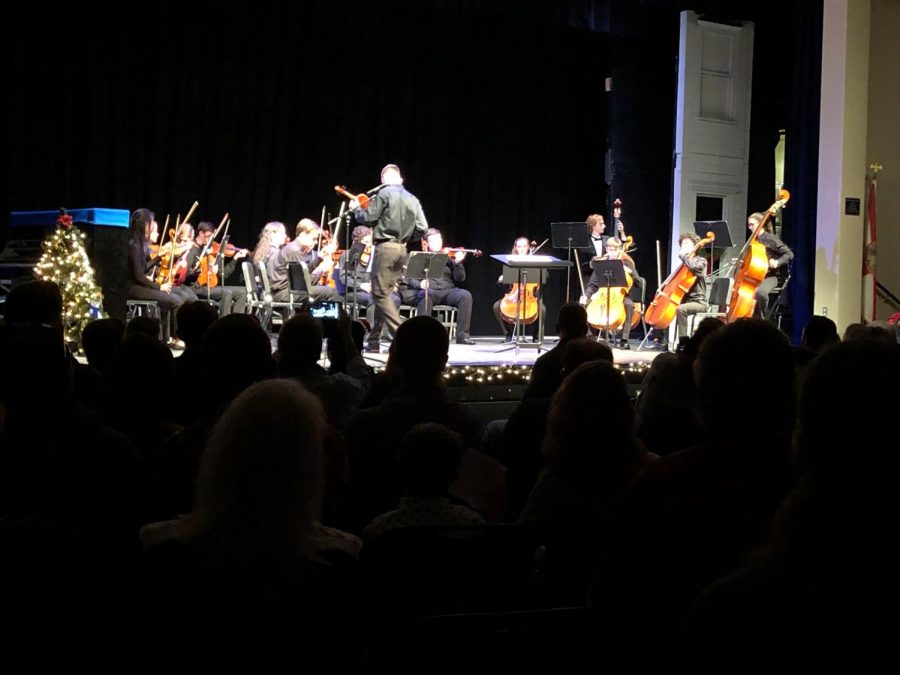 Orchestra students performed their Winter Concert along with the chorus on Dec. 6 in the school auditorium.

“The choirs sang a total of six songs on stage, including and the orchestras performed four works,” chorus and orchestra teacher Amy Davis said.

The piece selection included “A Charlie Brown Christmas,” “Bagatelle,” “Russian Music Box” and “Harmonious Blacksmith.” The concert was an overall success, according to Davis.

“The students were well-prepared and were proud of their performance,” Davis said.

“It was super-fun,” Theophelis said. “Once we got onstage, we had a good time [and] we played super-well.”

Theophelis said they have done extensive preparation for the concert.

“We practiced a lot in class and worked on our songs every day, and we practiced at home,” Theophelis said. “We had some great leaders to help us.”

Davis said having to teach both chorus and orchestra classes has brought an extra burden into her schedule.

“Adding orchestra to my schedule this year has created a lot of extra work due to the learning curve involved and so many extra events,” Davis said.

The orchestra will perform its spring concert on April 17 in the West Shore auditorium, and will again feature both chorus and orchestra.