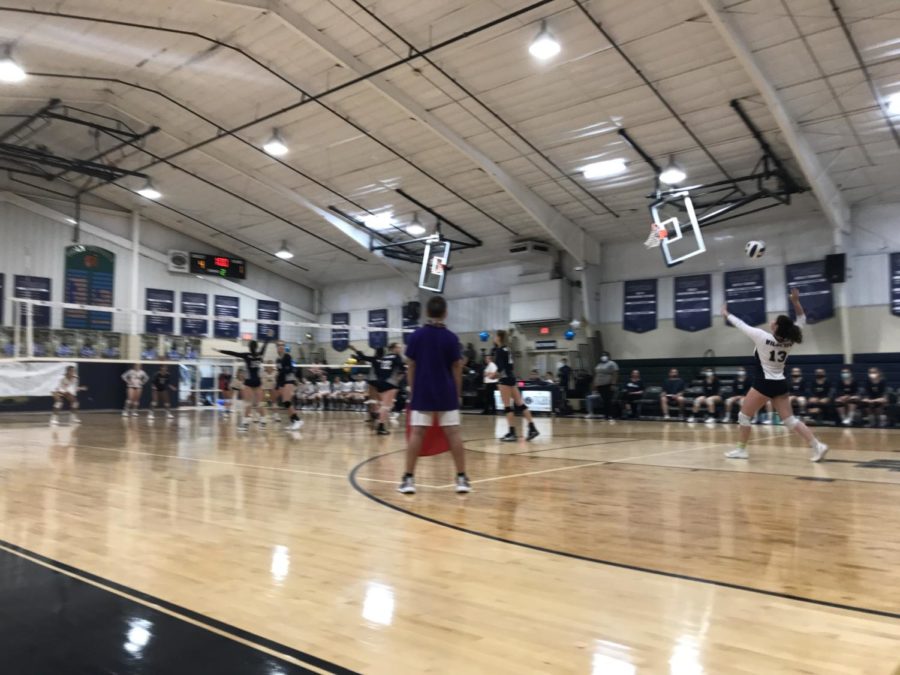 Beating Eau Gallie was a comeback after losing at 5-11 Holy Trinity on Tuesday.

“I think the team’s performance was overall good,” junior and defensive specialist Taelyn Tolle said. “Holy Trinity was a very hard team, but we had a lot of great passes and good swings as well, but they just had a very good back row, and they were picking up the ball, so we had a lot of long rallies.”

In addition to having home court advantage, it was also Senior Night for the Holy Trinity team.

“I think we might have been a little intimidated by the crowd,” Tolle said. “They had a very loud student section, so that might have rattled us a little bit. And it was also a conference game, so I think that also scared us. Overall, I think we did pretty well.”

Despite the loss, setter Abby Hedrick said the Lady Wildcats will continue to work on their technique for future games.

“We’re definitely going to work on better defense; probably like finishing our hits,” the junior said. “Our passing is good but then our hits … a lot of them were out.”

Although they lost, Hedrick said she is proud of the performance as the team had improved from previous matches.

“We played a lot better than we’ve been playing in the past, and we didn’t play bad,” Hedrick said. “I think we just didn’t finish a lot of the rallies. They were a good team, so it was a hard game.”