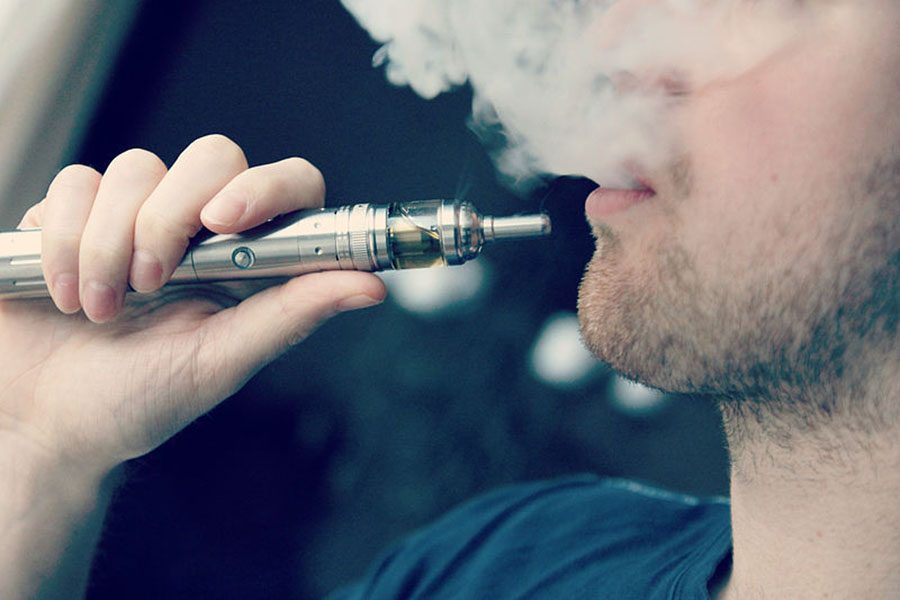 Eleven deaths have been linked to vaping with the most recent occurring in Florida and Georgia.

With nicotine vaping products such as the Juul and Njoy becoming increasingly popular among teenagers, new lung illnesses are being diagnosed along with 11 deaths nationwide now being linked to lung complications from vaping. Because vaping has gained popularity in the past couple of years, many of the long-term health risks are unknown. However, short-term risks such as nicotine addiction are well-documented.

“No one I know has had any sort of health issues or complications [from vaping] yet,” senior Soha Ramada said. “I do however know a few people who have become addicted to nicotine and vape very often.”

As teen usage of vape products increases and the number of lung illnesses related to vaping also increases. Government officials in some states have placed bans on flavored Juul pods and vape juice that may appeal to younger users.

“I saw on one of the news stories on snap chat that Michigan has become the first state to ban all flavored e-cig and vaping products,” sophomore Rhyann Martin said. “I think getting rid of flavors often associated with candy will make more teens turn away from vaping.”