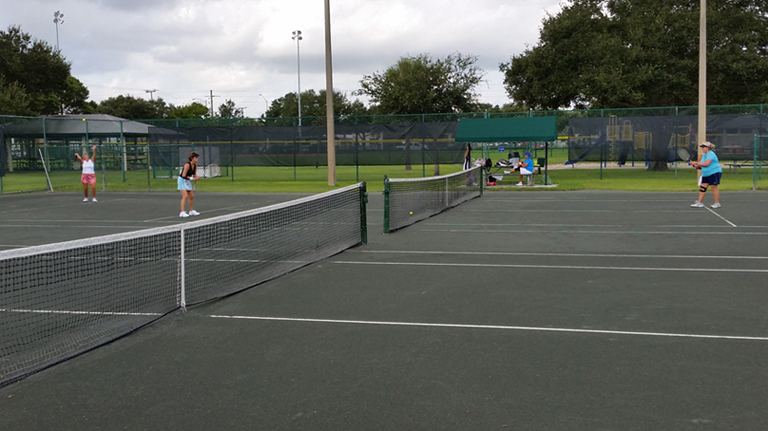 The Fee Avenue Park tennis courts are located within five minutes of campus.

After playing at the Hoover tennis courts for the past nine years, the boys tennis team will be moving to Fee Avenue Park. The team had its first meeting of the season on Thursday and talked about the venue change. Players will be required to pay $70 and will share the courts with two other teams.

“Nothing really changes except there are less cracks on the courts and we have to pay a fee now,” sophomore Hunter Scott said.

As a result, practices and home matches will moves from Indialantic, which is beachside, to Melbourne, which is mainland. The courts are now less than five minutes from campus.

“It’s nice that it is mainland now because it is right down the street from West Shore,” sophomore Nathan Foo said, “It is also a lot shorter of a drive after practice.

In addition, the courts at Fee will not be as windy because they are not next to the beach.

“Last year a lot of games were affected by how windy it was,” Scott said. “It will be nice to have wind screens and just less wind in general.”