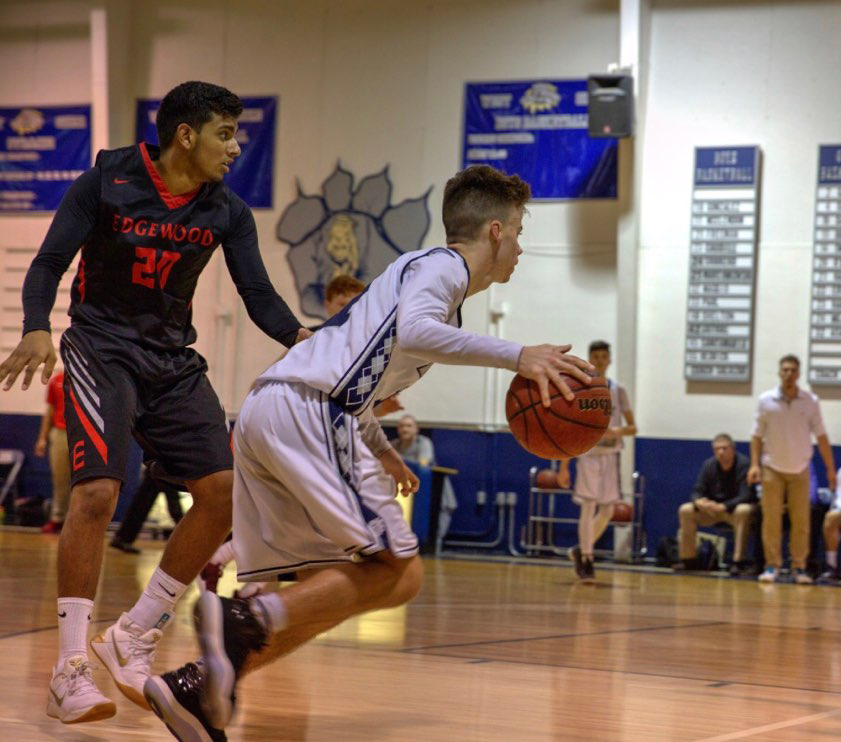 Senior Travis McClendon takes the ball to the hoop.

The varsity boys’ basketball team is getting ready to take on its first challenge in the annual Space Coast Preseason Classic  against the Merritt Island Mustangs on Monday and the Space Coast Vipers on Tuesday.

“We have been practicing five to six days a week so that we can get everything down really well,” he said. “I think our team is ready and I expect a lot of wins this season.”

“This year Coach Collins understands that we make mistakes and expects us to learn from them,” Freeman said. “It is helpful that he will text us personally if we need help and always talks to us about learning the new stuff. He has instituted some new things, but he is easy to get along with.”

The team has four new players with the rest returning.

“I think the team is ready because it’s the same core group we’ve has for the past few years,” junior Zack Shahzad said. “We all know everybody’s strengths and weaknesses and that helps us work well as a team.”