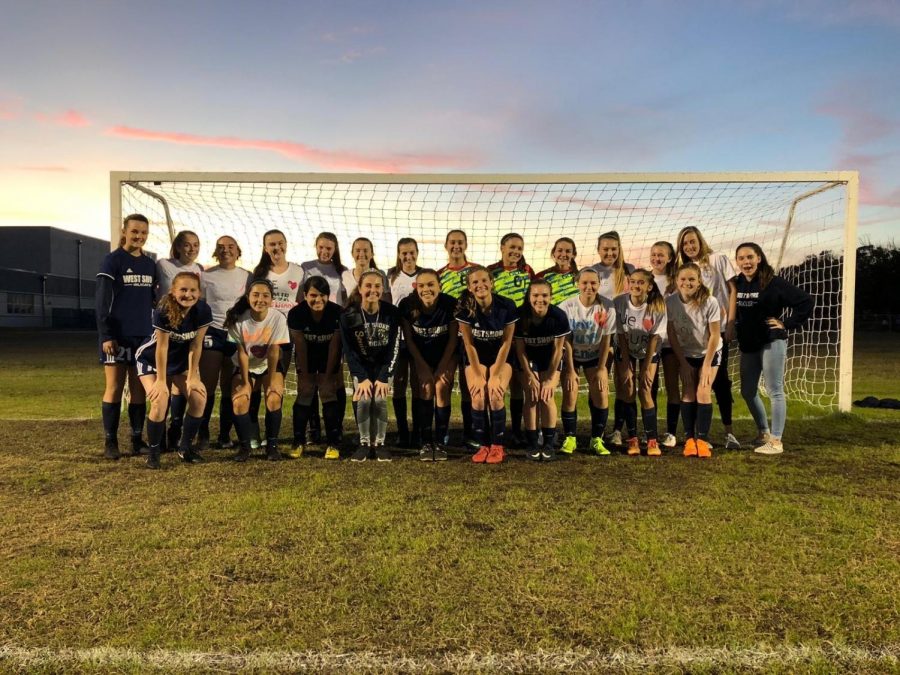 After a 1-0 loss to Edgewood in the first round of last season’s playoffs, the varsity girls’ soccer team looks to make amends.

“Last year our goal was to win districts and we came up short of that,”  junior Madison Ainbinder said. “Losing to Edgewood was not fun and seeing all the seniors — that I became so close with — end their career with a loss was very upsetting.”

Though the team didn’t get the ending to the season it had hoped for, junior Ella McMullin said she and her teammates work during the summer to get another shot at that title.

“We have a lot of potential on the team this year with the younger girls,” she said. “We pulled up a few of the upcoming freshmen at the end of the season, giving them some sort of experience of what’s to come playing on a varsity team.”

The girls are confident and hoping to make it back to the District Final for the first time since the 2016-17 season.

“Our goal this year is the same like every year: We want to get to districts and win the title,” sophomore Emily Tizol said. “Everyone has been putting in the work for the season and we like our chances for districts.”

Tryouts for the team are scheduled for Monday with the first preseason game set for Nov. 5.