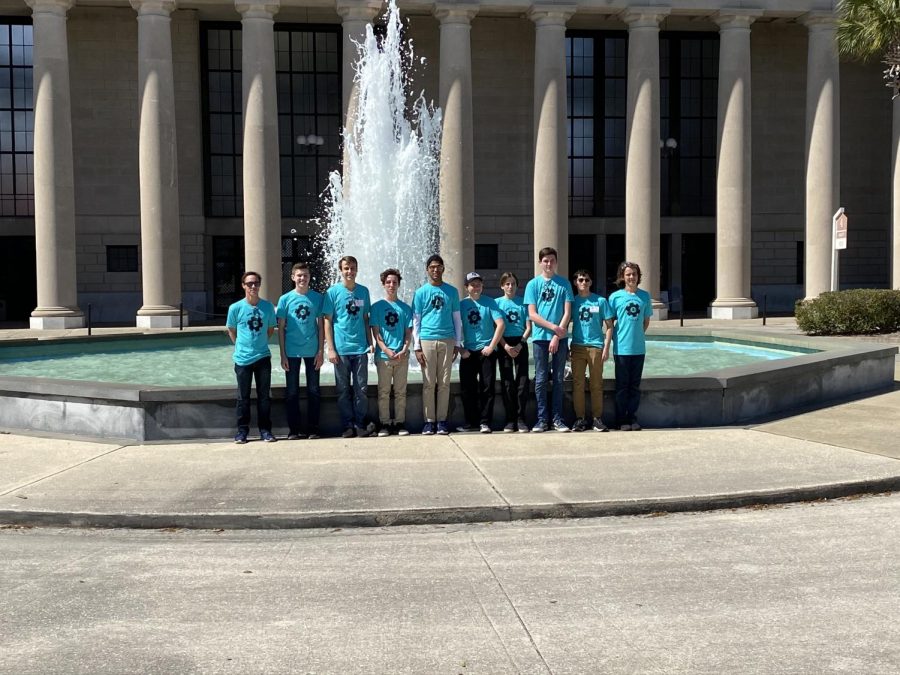 West Shore’s First Tech Challenge robotics team took on 30 other teams from throughout Florida at the state robotics competition held in Jacksonville on Saturday. This was the team’s first time competing in a state level competition, and although they placed 25th, it was a great experience for all.

“State was an amazing experience being able to see all the other teams and do something with people from all over the state,” Austin Ponder (10) said.

The competition consists of two different sections: A presentation and explanation of the robot, software and activities performed by the team for judges, and a completion of specific tasks, which were performed in four-robot matches, with two robots on each team.

“Our main problem was getting our robot to drive correctly using our gears,” Ponder said. “They had a lot of problems meshing.”

The team’s name is T.I.R.E.D, an acronym that stands for, “Trying in Robotics is Extremely Difficult.” Its motto is “Where innovation meets inefficiency.”

“I think our team’s motto is especially accurate with the problems we met this year,” Kishen Mitra (12) said. “We faced a lot of problems and setbacks with building our robot, which gave rise to our motto.”

At the competition consisted of 60 total teams, split into two divisions of 30, the Lawrence and Scott divisions. The teams in both divisions competed separately until the semifinals. Then, the top three  teams from each division were able to choose two other teams from their division to join in an alliance. The newly formed six alliances then competed against each other for a bid to the world competition.

While West Shore did not win any awards at the competition, it has only existed for two years and has obtained a bid to the state competition for both of those years. Last year however, the team could not go due to a conflict with science fair.