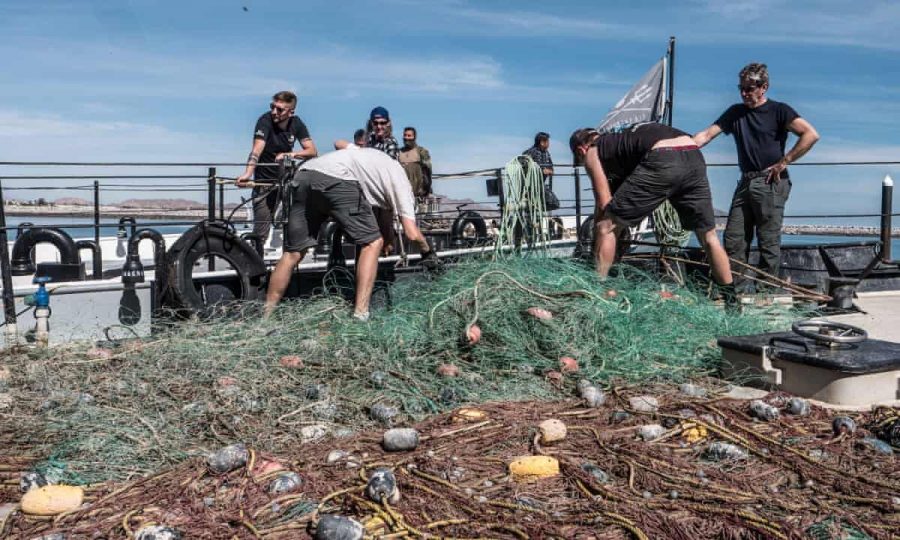 Abandoned fishing nets are just left to pollute the ocean

A new report from Greenpeace, an environmental organization, shows that dumped and abandoned fishing gear is now the leading cause of plastic pollution in the ocean. This should cause come concern for Florida because saltwater fishing alone generates more than $3.2 million a year for the state’s economy.

“Every day many lures, hooks, weights and fishing line are added to the pollution of the water,” saltwater angler  Nic Coster (9) said. “If companies can make the same products that they have now, but made out of biodegradable materials that last around a year, it will help decrease the pollution.”

Some fishing companies such as Berkley are starting to make biodegradable lures that will just dissolve after a couple days of being submerged in the water. The prices of these new lures are mostly the same as regular gear which could mean even more competition among fishing companies.

Longtime anatomy teacher Magdalena Molledo expressed concerned about the report and how it will affect the economy.

“It’s a really complex question,” Molledo said. “The people that are making the monofilament line should try to make biodegradable line and they should still be able to sell the line and it also shouldn’t be more expensive.”

“Fishing lures have been changed multiple times from wood to plastic to rubber and even silicone,” he said. “But to help [curtail] pollution, these companies will need to change their lures. The old way need to be forgotten.”