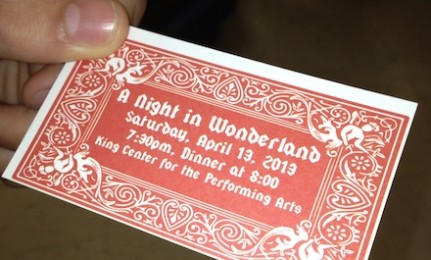 A miscommunication resulted in an earlier-than-expect Prom ticket sales deadline. The Junior Class originally expected to sell tickets through April 12, but administration and teachers decided it would be best to end the ticket sales April 8.

“At least stopping ticket sales earlier will give us time to figure out how many people will be there so we can plan food, seating and other stuff like that,” Junior Class Treasurer Sierra Purden said. “Waiting until the day before prom to stop ticket sales would just be cutting it too close.”

“I was upset we had to take the posters down because I paid for the posters at Office Depot, and they were really nice,” she said. “People were expecting to have more time to buy their tickets, and I was too. If I could change it, I would, but we need more parent volunteers at lunch to sell the tickets.”

The final Prom tickets will be sold Monday in the cafeteria during both lunches at $30 for seniors and $50 for juniors.