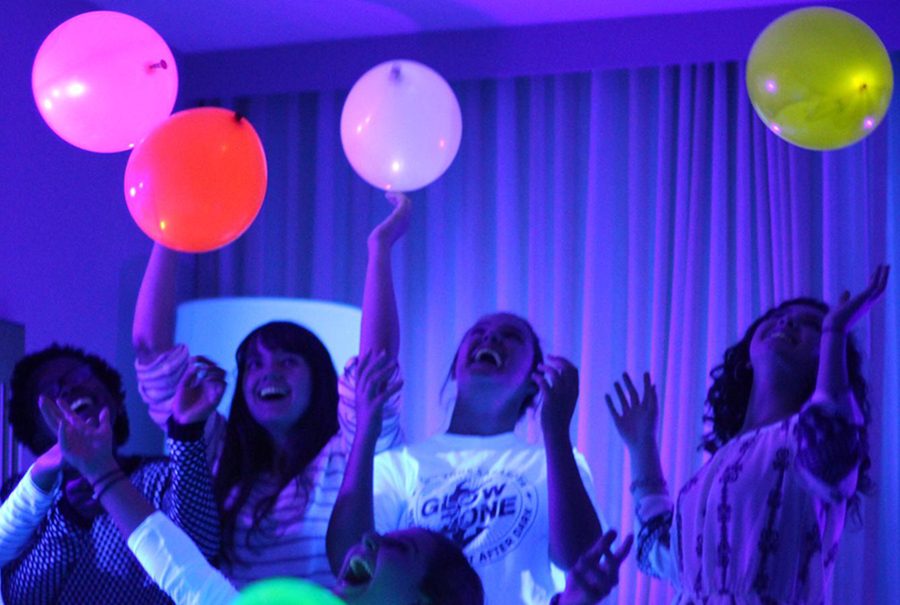 Junior Rosellen Rodriguez spent last weekend at the Orlando Wyndham Resort hotel to help plan the Florida Scholastic Press Association’s state convention. Rodriguez is one of seven student representatives who was selected by their peers at various district workshops in October. She represents District 3, which includes seven Central Florida counties.

This was Rodriguez’s first experience participating in the FSPA student board, and she felt apprehensive in the beginning.

“Before, I was kind of scared,” Rodriguez said. “I just didn’t feel prepared to do the actual job, but once I got there … everything really comes together because your working with a team and things really flow together.”

The student board had two days to work on the plan for the State Convention.

“We only got four hours of sleep each night,” Rodriguez said.

Even though there were many stressful points, the overall experience helped her to become more mature.

“So just being responsible for a huge state convention and ourselves … it just adds new responsibility you didn’t know you could handle,” Rodriguez said.

The board chose “Electrify” as the convention theme.

“I really wanted something that was bold and kind of like…the whole unapologetic vibe to it, because like in the current political atmosphere it’s very discouraging toward young journalists, because they are saying it’s a dying profession, and fake news and stuff like that,” Rodriguez said. “We wanted something that would really inspire and electrify — something sharp, clean and out there.

During the stressful and long weekend, students became closer.

“I made really good friends with one of them, and we still talk now,” Rodriguez said.”We have a group chat and everything. I remember at the end of the first day I was like, ‘wow I can’t believe I just met you a few hours ago.’”

Journalism teacher Mark Schledorn said he has seen Rodriguez progress throughout the past two years of being in his classes.

“I think she was a good choice,” Schledorn said. “In TV Pro, she started coming into her own there and started to do really well.”

Rachell Rodriguez, Rosellen’s sister and a freshman in college, also has seen how much Rosellen has grown.

“When I found out Rosellen won District Representative, I was extremely happy and proud of her for going out of her comfort zone and doing something she’s passionate about,” Rachell said. “Having this position has made Rosellen a lot more responsible, outgoing and confident in her ideas.”