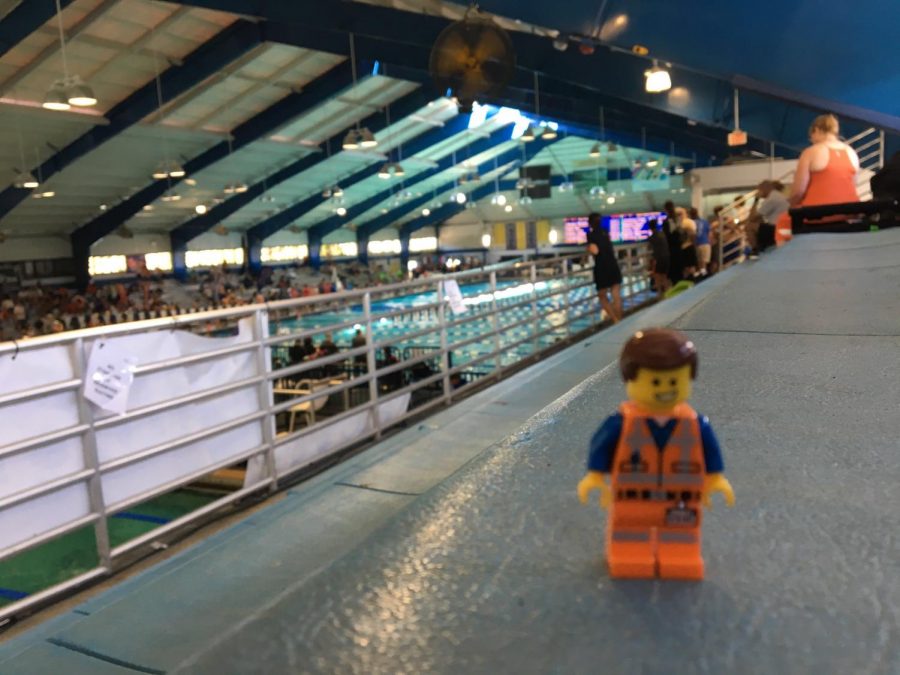 After hours of staring at the same black line, swimming up and down the lane, juniors Riley Wilkins and Jake Repperger enjoy spending their off time playing with Legos.

After their senior championship meet, the boys traveled to the Lego Store at Disney Springs.

“The Lego Store is very cool,” Wilkins said. “Jake and I spent hours there building cars, and it was so fun. I built this one car that went real fast.”

Repperger said playing with Legos helps him take his mind off the sport.

“Swimming is a mental game,” Repperger said. “So having the freedom to create whatever I want is quite the treat. Personally, I spent my time at the Lego Store gazing upon the intricate builds they had displayed. It was both humbling and inspiring to be in the presence of the Legos.”

Repperger brings Legos with him to every swim meet.

“Legos are kind of my good luck charm,” Repperger said. “I also like taking artsy pictures of my mini-figures so people can appreciate the true glory of a minifig.”