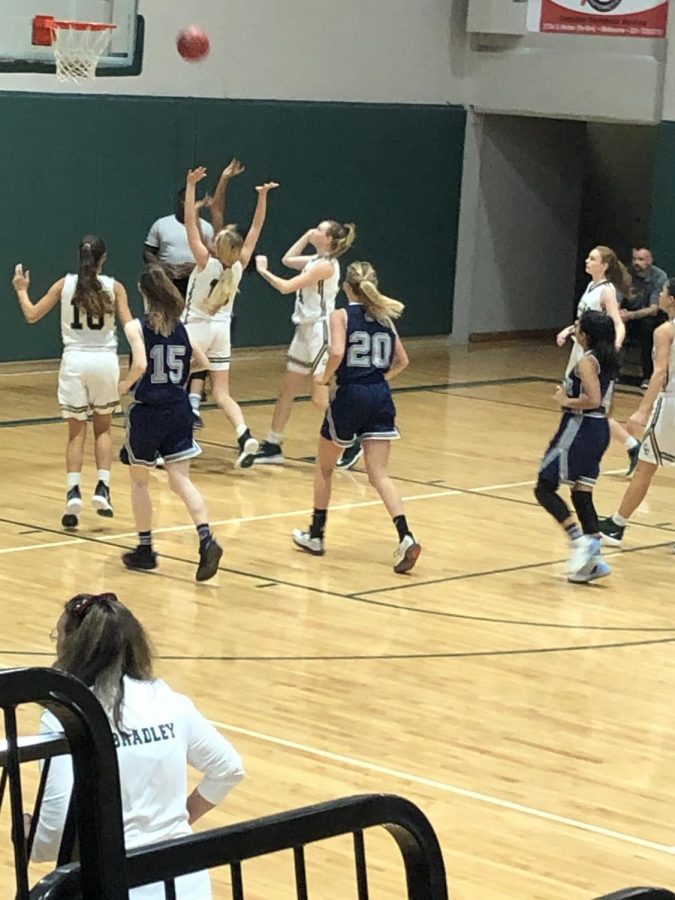 Junior Desiree Sanz goes up for a layup between two defenders.

Junior Karlyn Mann was rewarded player of the game.

“Karlyn played hard and competed with nine strong rebounds, ” Coach Derek Hamilton sadi. “The second she stepped on the court she showed tremendous energy. I hope she can continue to secure those crucial rebounds for the team.”

Junior Savannah Hughes lead the team in scoring with five points. Although the team lost, she remains optimistic about the team’s defensive performance.

“MCC is an amazing team,” she said. “It is obvious that they are very well-coached, and they have some girls that can score at any time. “The fact that we held them to 44 points is an accomplishment. Our offense didn’t look great, but the shots will fall eventually.”