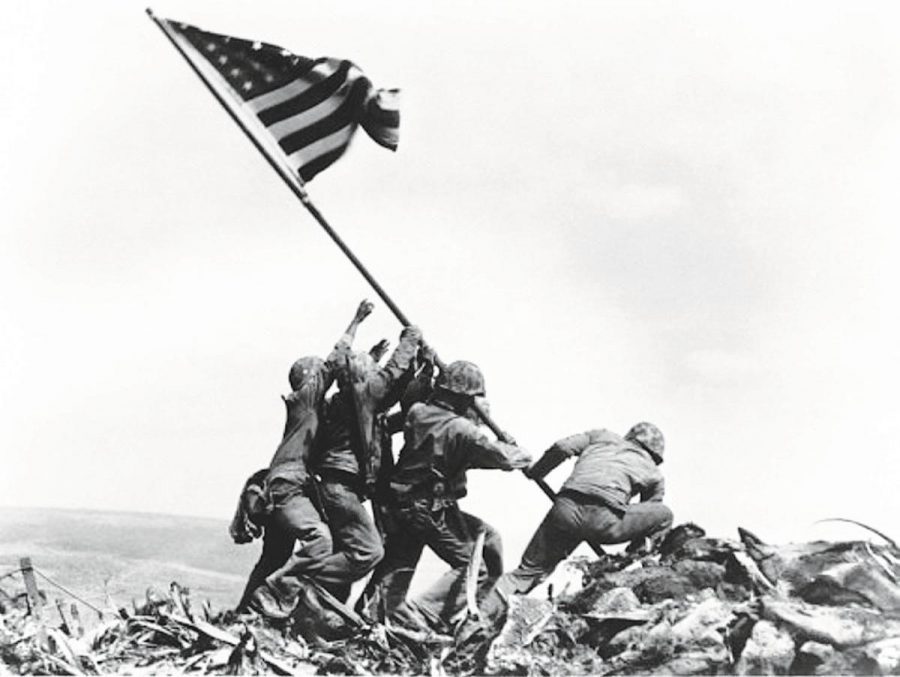 On Feb. 19, 1945, American landing craft sailed up to the beaches of Iwo Jima, depositing U.S. Marines on its volcanic sand beaches Feb. 19, 1945. For all those who partook in the invasion, it was a shocking experience.

After the battle, Admiral Chester Nimitz said, “Uncommon valor was a common virtue.”

Wednesday marked the 75th anniversary of the famous battle. A ceremony was held Saturday in Corpus Christi, Texas, to remember those who lost their lives fighting for our nation during the battle.

The Marines were tasked with capturing the island, which proved more difficult than it seemed, even after heavy bombardment by aircraft and warships. The volcanic sand on the beaches made it difficult for the Marines to move, and the Japanese soldiers opened fire only after most of the Marines had already landed, resulting in 6,800 soldiers killed and 19,200 wounded. The only cover on the beach was a ridge 700 yards away from the shore.

After the Marines had taken the beach, the Japanese tunnel systems presented even more problems. The Japanese bunkers were constructed so that they were able to withstand heavy bombardment. The Marines developed a technique for clearing these bunkers, where they would first detonate dynamite inside the bunkers and then would fire a flamethrower into the bunker.

One of the main factors that made the Japanese so hard to fight was their belief in the Bushido Code. Because of this belief, the Japanese would not surrender, and they considered dying in combat an honorable death.

Iwo Jima is also the setting of possibly the most famous photograph of World War 2, taken by Joe Rosenthal of the Associated Press. The photo depicts six Marines raising an American flag on the peak on Mount Suribachi. The flag in the image was actually not the first American flag to be placed on the summit, however. It was a larger replacement for the U.S. flag previously there. The flag raising did not end the battle either as fighting continued for 32 more days.

The battle finally ended on March 26 after fierce fighting for 37 days.