JV cross-country wraps up at CCC 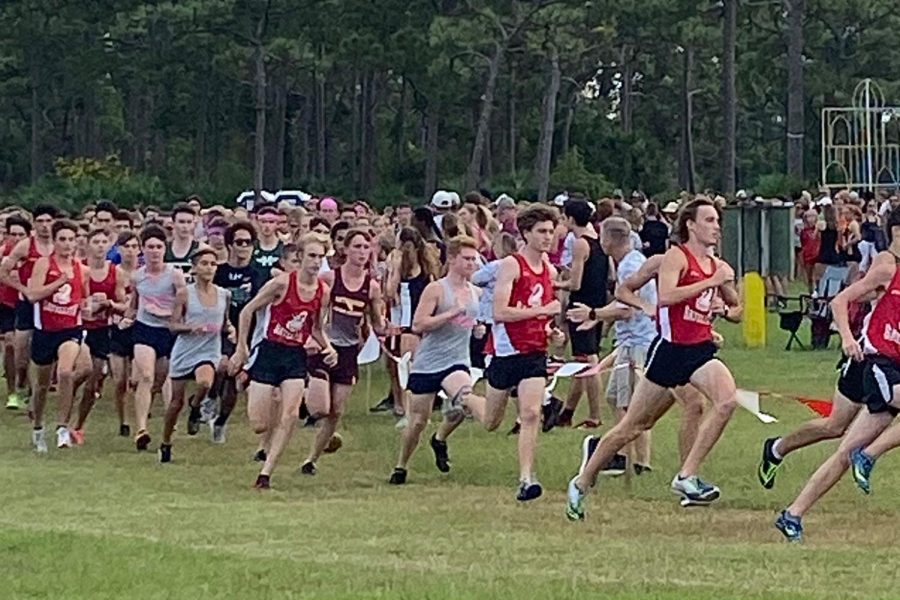 The JV boys’ cross-country season came to an end as many runners made the best of their season-long training at the Cape Coast Conference meet. Twenty-one runners competed in the race last at Wickham Park on Thursday evening. Despite near 80s temperature and 92 percent humidity, many ran unfazed.

For many, this season was only the beginning of their high school cross-country careers. Devon G (8) led the team at the race with a personal best time of 19:46.

“I felt motivated because it was my last race of the season and I had to give it my all,” Devon said.

Chris Johnson (12) ran his last race as a part of the JV team. He finished second on the team after Devon and ran a season-best time.

“I have been running six years,” Johnson said. “So I felt that I had to end on a high note.”

Although the JV season is over, the varsity team will continue into the postseason with the next scheduled race being Districts on Thursday at Wickham Park.