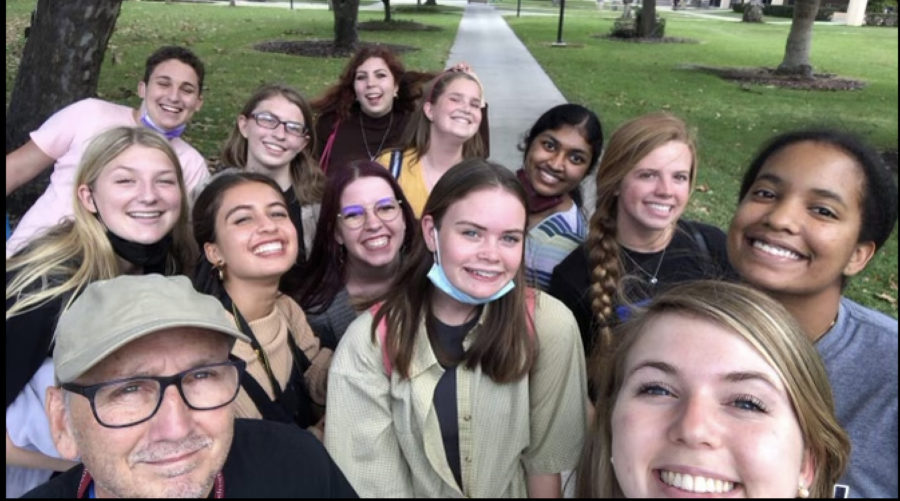 “That’s kind of the aim of this district conference,” said Gunnell, editor in chief of the yearbook. “It’s to just meet with experts, meet with other journalists. It’s kind of to share skills and information.”

Gunnell said said the workshop included a lot of new activities and that the length of the overall conference was different from two years ago.

“We had a lot of things that were just kind of like less exciting than before, which is unhelpful,” she said. “Also, we were only allowed to take four people from each staff this year, which was unusual.”

Because of pandemic restrictions, the college limited each publications staff to four attendees. Because our school was represented by “Arcadia” yearbook, “Roar” news magazine and WCTZ News, 12 West Shore student journalists attended. In previous years, that number was closer to 30.

Bailly, editor in chief of “Roar,” pointed out the upsides of a restricted workshop.

“It is nice to be in a smaller group,” she said. “We definitely had a better bonding experience with the other editors.”