End of an Era: ‘Game of Thrones’ winding up 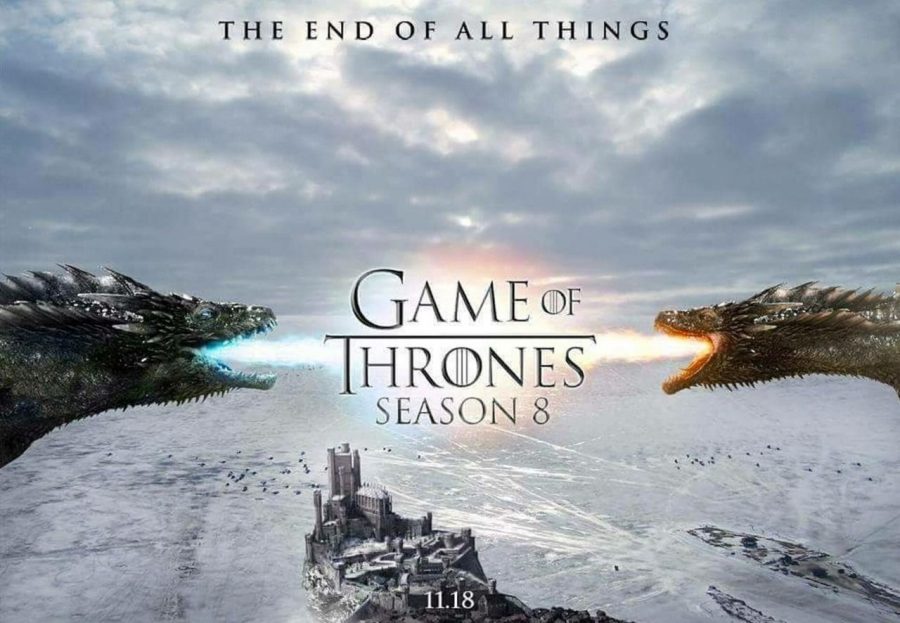 Winter is coming. Season 8 has begun, and long-time fans of the series are both jovial and saddened by the impending end of this legendary series. “Game of Thrones,” based on the novel “A Song of Ice and Fire” by George R.R. Martin, is one of the greatest TV shows of all time, rivaled only by “Breaking Bad” and “The Wire.” The show has aired on HBO since 2011 and has finally reached its swan song. As the story comes down to the wire, fans are bracing themselves for an exhilarating winter. The end has begun.

Everything has come together for this finale. All of the houses and the main characters we’ve come to love or hate have rallied together to fight the incoming white walker army. The first two episodes of the season have been slow: devoted to character building, and filled with reunions. They have been preparing us for the huge battle we’ve all been waiting for.

Senior Shannon Topp has a burning passion for the show and is bursting in anticipation for the rest of the season.

“So far it’s pretty good,” she said. “I think it’s going to get so much better in the upcoming episodes. My favorite character is Jon Snow and I really hope he survives the finale.”

Some students don’t share the same excitement. Junior Isabel Richards said she was a little disappointed in the dull premiere.

“It started off really slow, unlike the other seasons,” she said. “Hopefully, it will pick up soon.”

Let’s hope the finale lives up to the sheer scale and glory that fans have been waiting for. When it comes to “Game of Thrones,” the show generally never stops short of brilliance. You win or you die.