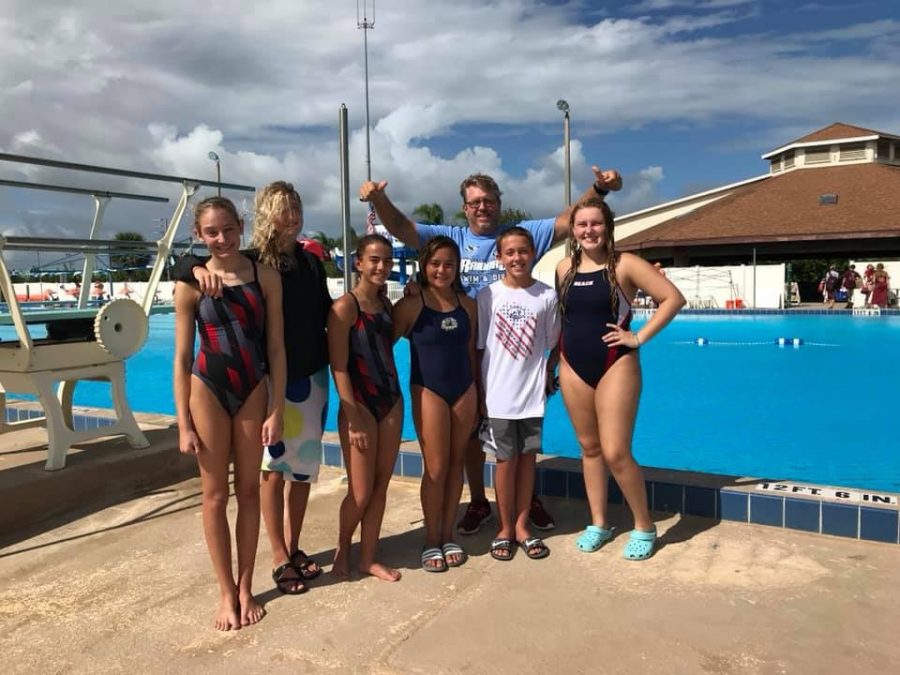 Not all high school swimmers compete on only one team. The club team Sunrise Springboard Diving, owned by Bill Talbot, is an AAU team that competes throughout the year. Sunrise is designed to attract boys and girls who wish to swim year-round or high-school divers who are looking for a place to train. Members train together despite attending different schools during the high-school swim season. As a result, some Sunrise members cheered for their school rivals at the Oct. 10 Cape Coast Conference meet.

“I feel like it’s a really friendly environment even though we’re technically competing against each other we all cheer each other on and want everyone else to do as best as they can,”  Cocoa Beach High School’s Delaney Boyle (12) said. “I love going to meets where I know I’m going to be competing against the Sunrise divers because the Sunrise Dive Team is like a little family and having friends at meets makes everything way more enjoyable.”

As the female divers were competing, the Sunrise club members were set up in a group cheering each other on.

“I feel like I’ve made great friends through club diving, but I feel that the competitive aspect is the same because even though they’re my teammates I want to beat them,” Cocoa Beach High School’s Jordan Tibbetts (12) said. “I would want my high school teammates and club teammates to do the best they can. I hope both are successful but want to think of them, just the same as any normal competition.”

Sunrise provides an opportunity to prepare for meets and a chance for everyone to grow a bond and make new memories.

“Everybody at Sunrise is great friends and everybody has to compete against one another it’s just what we do even though it’s a competition everybody is still friends no matter what the outcome,” Cannon Fleming said.