Chemistry teacher goes back to the future 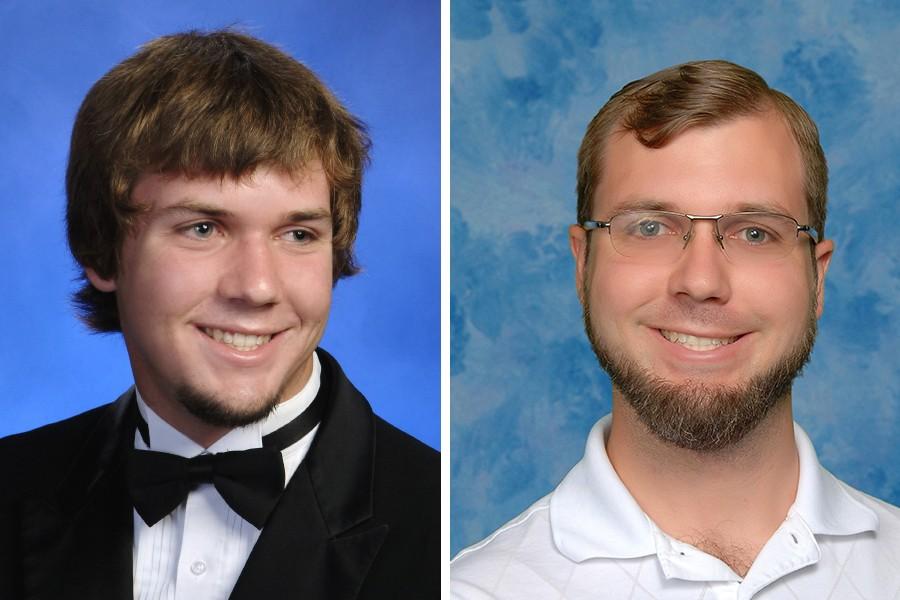 In the graduating Class of 2007, one alumnus took a circuitous route that led him back to his high school home. Eight years later, he has returned to the Wildcat Nation, only this time as a teacher. Rob Klaasen, recently hired to instruct chemistry and science research students, has settled into familiar surroundings.

After graduating from West Shore, Klaasen went on to bleed orange and blue at the University of Florida.

“I majored in biology,” he said. “I had a teaching minor through a special program for math and science majors who thought they might want to teach. So it was a cool program.”

Klaasen was teaching at Winter Springs High School in Seminole County last spring when he received a call from his former high-school chemistry teacher Gabrielle Powers.

“Once she knew she wasn’t going to be coming back, she let me know, so I could think about whether or not I would want to apply,” Klaasen said. “I dropped off my resume with [Principal Rick] Fleming pretty close [to]when she turned in her resignation.”

Returning to his alma mater has been a bittersweet experience.

“It’s been pretty cool to see a whole bunch of teachers that I had, but it’s kind of sad to see the ones who aren’t here anymore or [are] missing. But it’s still very exciting.”

While in high school, Klaasen participated in band, and Advanced Placement classes.His extracurriculars included swim team.When asked his best memory, swimming was the first thing to come to mind.

“Oh, best memories that won’t get me in trouble, let’s see. … Every year, swim team was just a blast. It got better and better as I went through,” Klaasen said. “Going to the state swim meet with the team my senior year was pretty exciting. We had a relay team that made it. It was one of the really quick relays. I think it was the four by fifty freestyle. It was already my favorite event.”

Klaasen’s passion for science was one of the many things Klaasen took away from West Shore.

“I love chemistry, I took AP Chem with [Delilah]  Narvaez. I took chemistry with Gabby. Chemistry was probably my favorite science. I took physics and biology, [but they] did not appeal as much.”