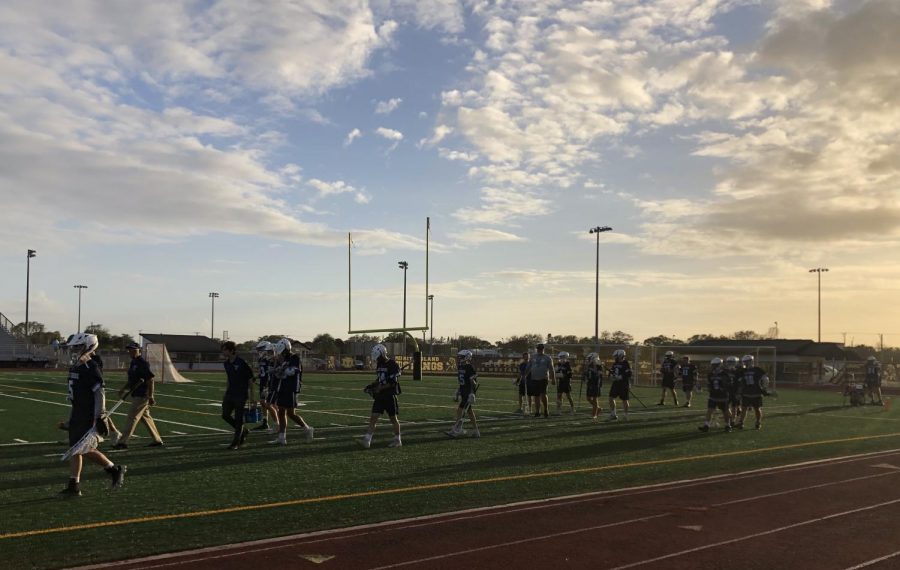 “We ran the sets we were working on [at practice], and we ran [Cocoa Beach] into the ground. I feel that I had one of my best games,” Millband said.

“I have a lot of confidence in our team. I think we should have a 12-3 season record and make it into the second round of districts,” Millband said.

“While I am happy with how I played, I never want to become complacent,” Johnson said. “There is always room for improvement.”

The team subbed in the third-line of players for the game’s final 10 minutes.

“The third lines somewhat held their own, however many of them have not played lacrosse long enough to fully understand the complexities of the sport,” Johnson said. “There’s definitely room for improvement, but I think they can get better if they work hard enough.”

The next game is scheduled at Holy Trinity on Monday at 6 p.m.

“Our team rode very well, meaning we caused a lot of turnovers when Cocoa Beach was trying to clear,” Johnson said. “This allowed us to get more possessions, and therefore more goals.”