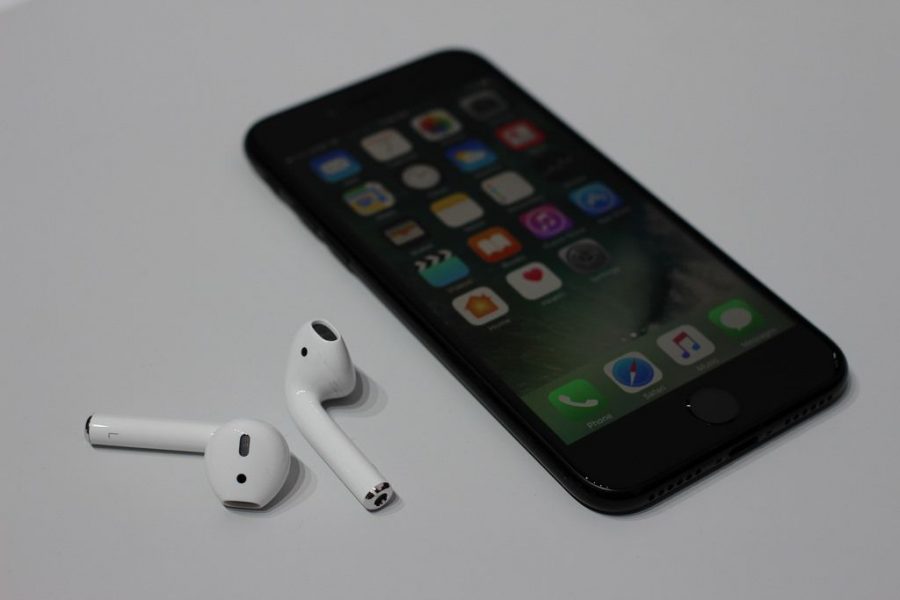 Freshman Christian Collins slides his AirPods out of their sleek white case, connects them to his phone and is ready to tune in to music.

AirPods, the completely wireless earphones you can’t avoid seeing wherever you go, have taken the campus by storm. Coming in at a price of about $160, they also have become a popular meme on social media.

Ming-Chi Kuo, Apple analyst, told “Digital Trends” he estimated 16 million AirPods were sold in 2017 and 28 million in 2018. They are the top-rated headphones at Best Buy according to their website. But what makes these such a commodity? They are completely wireless.

Freshman Christian Collins said AirPods work especially well on the basketball court. Unlike a traditional pair of earbuds or bluetooth earphones, there are no wires in the way.

This doesn’t mean that there aren’t other completely wireless earphones on the market, but the Apple brand adds value.

Collins said he prefers AirPods over another brand because he believes in the high quality of Apple products.

The student use of AirPods has had its own effect on classrooms as well.

Laura Richardson, virtual lab teacher, said she has noticed that some of her students have had a delayed responses to some of her questions and directions and she can’t always tell if a student has them in, but said that not having the wires sounds quite convenient.

Now, everyone sits tight anticipating the second generation of AirPods.

All we know is that they will be compatible with AirPower, the mat Apple users can already place their Apple Watches and iPhones onto to charge them, according to an image Apple release in late 2017.