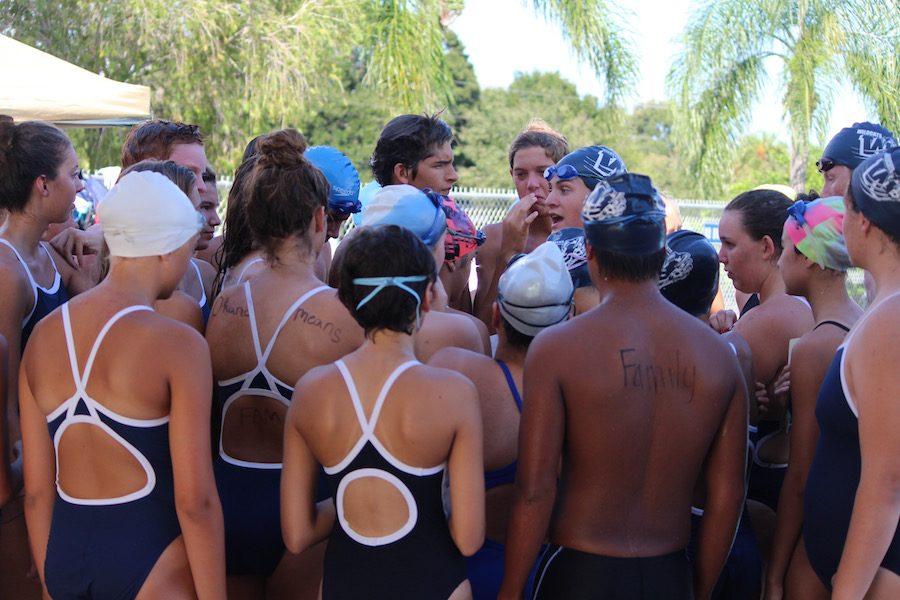 Swim Team listens to a pre- meet speech before swimming.

The swim and dive team has started out its season 5-0, with victories against Heritage, Bayside, Brevard HEAT (Home Educated Athletic Team) and Palm Bay, winning in large margins against all teams.

“I think the 5-0 start is because the team has really good chemistry,” said Shelby McKeever, captain. Despite losing eight seniors from last year’s team, this year’s squad has 63 total swimmers.

“The team is very young,” McKeever said. “A lot of the swimmers have had no past experience swimming.”

The swim team will be tested in the upcoming weeks.

“We have some of our toughest competition coming up before districts, specifically Holy Trinity and Satellite,” McKeever said. “Hopefully we can keep the streak alive for both the girls’ and boys’ team.”

The main goal prior to the state series is to train hard and efficiently.

The next meet is scheduled for Wednesday at Satellite High School.